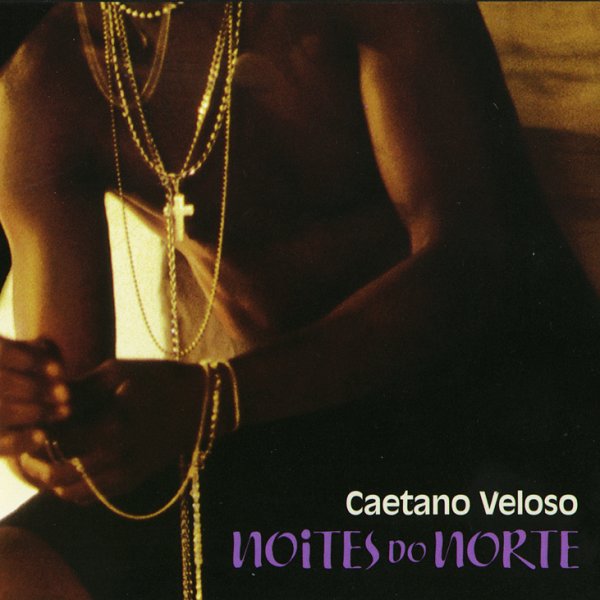 Also available
Caetano Veloso — Noites Do Norte ... CD 13.99
A far-reaching album by Caetano – with a wide scope of sounds and influences, from tribal/ethnic percussion, to subtle jazzy backdrops, to guitar-driven numbers that hint at a brief return to rock music. The rich tapestry of themes and images are perfectly linked by Veloso's always-wonderful voice – impeccably rich-toned, with a sound that only seems to get better with age. To us, the record's his first really striking album since 1997's Livro – although it's got a lot more subtlety, in the manner of some of his mid 70s work, like Bicho or Joia. Titles include "Michelangelo Antonioni", "Zera A Reza", "13 De Maio", "Zumbi", "Meu Rio", and "Sou Seu Sabia".  © 1996-2022, Dusty Groove, Inc.
(Includes book, slipcover, and the original tinted case!)

Cinema Transcendental
Polydor (Brazil), 1979. Used
CD...$9.99
Caetano Veloso at the end of the 70s – still sounding wonderful, but in ways that are quite different from his earliest albums! The sound here is more restrained, and more mature – a beautiful example of the songwriting strength that Veloso evolved as his career moved on – tunes ... CD

Personalidade
Polygram (Germany), 1987. Used
CD...$1.99
Brazilian "greatest hits" comp of Caetano's work, with a majority of material from the late 70's and early 80's, but also with a few cuts from the late 60's Tropicalia years. Every cut's a winner, though – with the high high level of imagination that you'd expect from Caetano! ... CD

Joia
Polygram (Brazil), 1975. Used
CD...$18.99
Caetano Veloso in a wonderfully intimate mode – singing in this great spare setting that features only a bit of minimal instrumentation on guitar, percussion, and keyboards – a style that's very much in the best territory of his Qualquer Coisa record! Veloso's vocals are wonderful in ... CD

Singles
Mercury (Japan), Late 60s/1970s/Early 80s. Used
CD...$34.99
Amazing! This is a very cool 19-track CD that brings together all of the Caetano Veloso singles from his first 10 years, and it's a great batch of material that includes many tracks that haven't been on LPs, or any of the CD reissues we've been stocking! As with any major artist like this, the ... CD

Fina Estampa Ao Vivo
Universal (Brazil), 1995. Used
CD...$6.99 8.99
A great little live set – recorded in Rio in 1995, with backings directed by Jaques Morelenbaum, one of Veloso's best collaborators during the 90s. The concert has a very organic approach – mixing instrumentation by a small group of jazz players with some larger arrangements on strings ... CD

Zii & Zie
Universal/Wrasse (UK), 2009. Used
CD...$6.99
Completely compelling work from Caetano Veloso – proof that his genius hasn't faltered at all over the years! The album follows nicely in the format of Veloso's prevous Ce album – with small combo backing, and a stripped-down sound that's light years from what you might expect from an ... CD