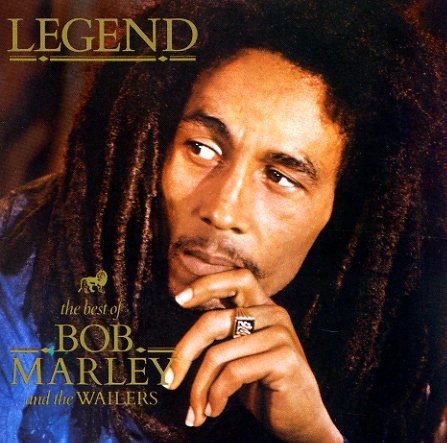 Also available
Bob Marley — Legend (half speed master) ... LP 36.99
One of the best-selling albums ever from Bob Marley – a classic collection of work from his all-too-short career – and one that's gone onto become as famous as Marley's individual records themselves! The collection really allows all the classics to resonate strongly, in a track order that opens them up even more – and the package also features a live track, and a production with Lee Perry too. Titles include "Get Up Stand Up", "Exodus", "Stir It Up", "Easy Skanking", "No Woman No Cry (live)", "Punky Reggae Party", "Satisfy My Soul", and "Redemption Song".  © 1996-2023, Dusty Groove, Inc.
(75th Anniversary pressing on gold vinyl. Shrinkwrap has a sticker remnant.)