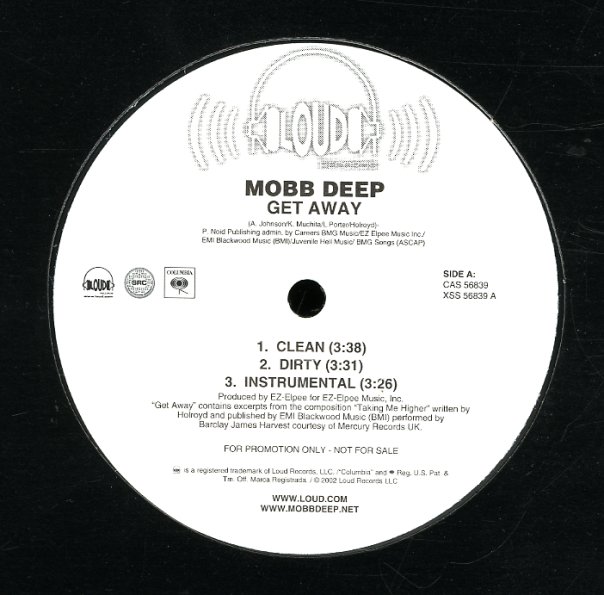 Get Away (clean, dirty, inst)

(Promo in a stickered Loud sleeve, with light wear.)