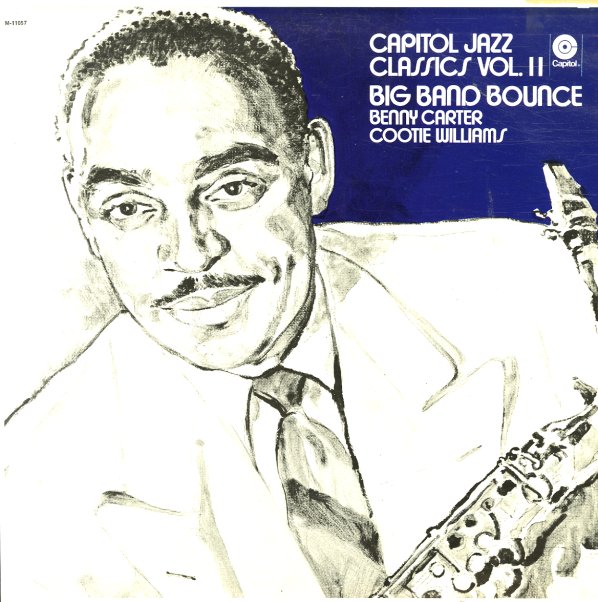 A side's worth of material from each of the band leaders with their orchestra! Benny Carter tracks feature sidemen that include Bumps Myers, Thelonious Monk, Max Roach, JJ Johnson, and Idrees Sulieman; and Cootie Williams tracks feature Bob Horton, Eddie Vinson, and Sam Taylor.  © 1996-2022, Dusty Groove, Inc.
(70s issue. Cover has a cutout hole, light wear & aging. The back has a faint stain along the opening.)