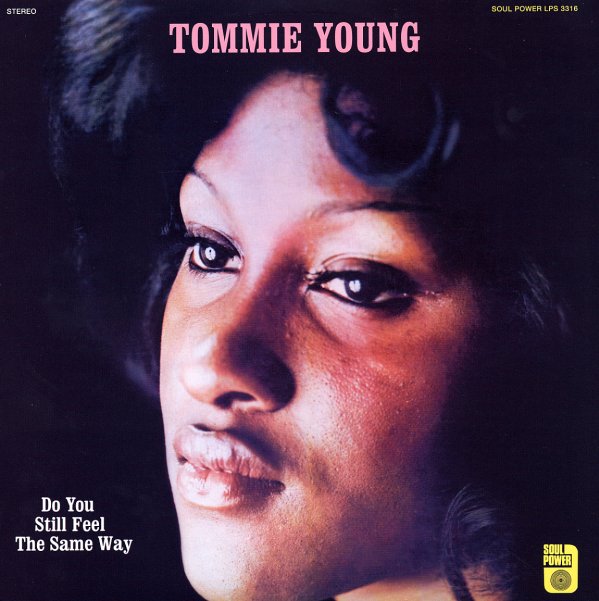 Do You Still Feel The Same Way (with bonus tracks)

Excellent work from this oft-overlooked southern soul singer – the beautiful Tommie Young! Tommie's a lady (in case you didn't know it), and she's got deep deep style that'll knock you flat out – with a soaring female southern soul sound on many of the tracks here – including a few that presage some of the soul sounds to come later in the 70s! Bobby Patterson wrote most of the tracks on this debut, and the set was recorded in Shreveport with a deep burning Louisiana sound that was the best of that city's scene at the time. The whole thing's great, and titles include "Do We Have a Future", "Everybody's Got a Little Devil In Their Soul", "Hit & Run Lover", "Do You Still Feel The Same Way", "You Came Just In Time", "You Brought It All On Yourself", and "That's How Strong My Love Is". CD features 5 bonus tracks: "Take Time To Know Him", "Get Out Of My Life", "I'm Not Going To Cry Anymore", "One Sided Affair", and "Midsummer Dream".  © 1996-2021, Dusty Groove, Inc.