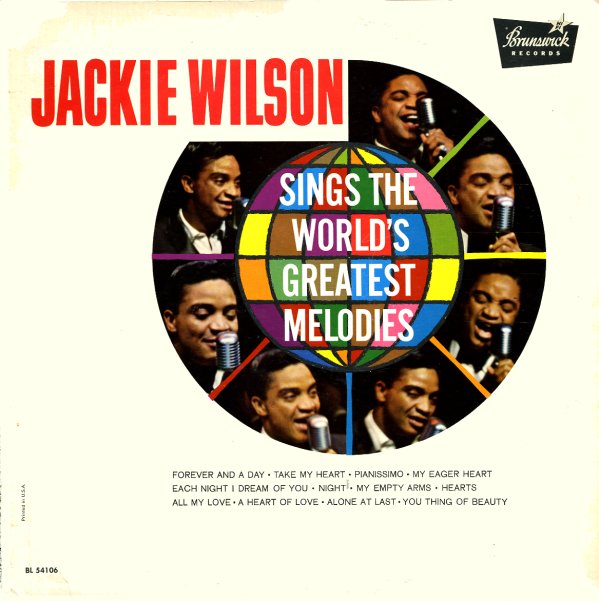 Weird record that has Jackie singing a bunch of different stuff, from a bunch of different sources, but still staying mostly in his Brunswick soul bag. Dick Jacobs did the arrangements, and the tracks include "Pianissimo", "Forever And A Day", "My Empty Arms", and "Hearts".  © 1996-2021, Dusty Groove, Inc.
(Mono black spectrum label pressing with deep groove.)

Two Sides Of Gene Chandler
Brunswick, 1969. Very Good-
LP...$7.99
A fantastic lost album by the great Gene Chandler – and one of his most sophisticated soul documents! The record was Gene's last album for Brunswick – issued shortly before Gene scored big once again on Mercury, which is why it's probably often lost in the shuffle of time. The record's ... LP, Vinyl record album