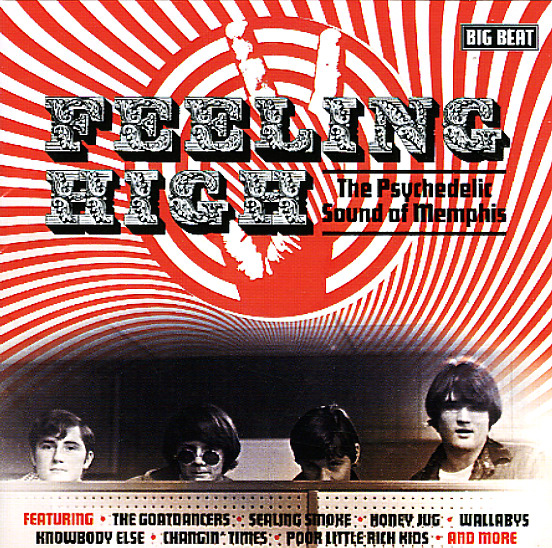 An amazing look at the psychedelic scene in late 60s Memphis – music that's really mindblowing for the time, yet which often never got its due – given the stronger mainstream focus on Memphis as a hub for blues and soul! (In other words, had any of these cats hit the Sunset Strip in the late 60s, they would have been huge!) Given that Memphis already had a strong studio scene in place – where some of these musicians worked on other sessions – the recordings here are incredibly advanced – often full of cool production techniques and other little twists and turns – all elements that take already-great fuzzy, freaky, hairy rock and roll – and turn it into something even more incredible by the time it's caught on tape! Most of these names are new to our ears, and the package is definitely a historical treasure trove – as pleasing to our record collectors' sensibilities as the music is to our ears. Sound quality is excellent, and many numbers have not been issued before – titles that include "Eat Me Alive" and "We're In Town" by The Goatdancers, "Crazy Man's Woman" and "Shoo Shoo Shoo Fly" by Greg McCarley, "Blue Music Box" by Changin Tymes, "For Your Love" by the Honey Jug, "Rockin In The Same Old Boat" by Triple X, "Deja Vu" by Judy Bramlett, "Come On Along & Dream" by The Poor Little Rich Kids, "Flying Horse Of Louisiana" by Knowbody Else, "Dancing Girl" by The 1st Century, and "Ticket To Ride" by Mother Roses – plus an advertisement for The Goatdancers too!  © 1996-2023, Dusty Groove, Inc.