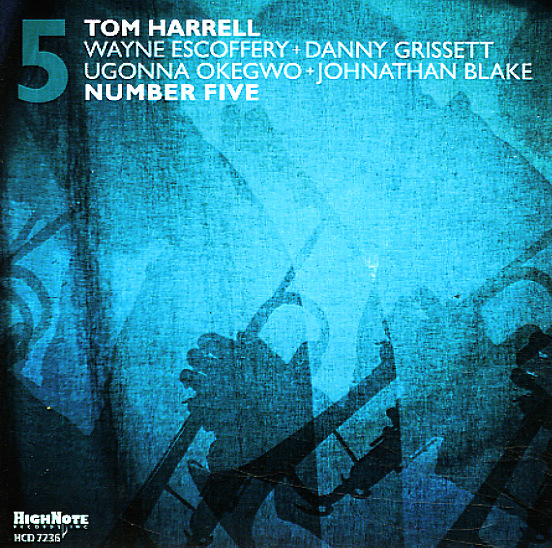 A bold quintet set from trumpeter Tom Harrell – one that's a bit more back to basics than some of his other recent outings – with an especially strong focus on horn solos spiraling out over the rhythms! Harrell's got a nice bit in his trumpet, and plays some moodier flugelhorn too – sounding great on the mellow numbers – and Wayne Escoffery adds his tenor to the lead too. Danny Grissett is mostly on piano, but plays some Fender Rhodes at points – and rhythms from Ugonna Okegwo on bass and Jonathan Blake on drums often have occasional bop inflections. Titles include "Present", "Right As Rain", "Journey To The Stars", "Preludim", "A Blue Time", "The Question", and "Melody In B Flat".  © 1996-2021, Dusty Groove, Inc.
(Out of print.)

Don't Follow The Crowd
High Note, 2011. Used
CD...$12.99
Sheepish following has never been a problem for tenor sax leader Eric Alexander – and Don't Follow The Crowd is another exceptional effort from Alexander and his excellent quartet! They're doing their thing in timeless style at Rudy Van Gelder Studios once again and this is a solid, worthy ... CD

Woody Shaw Live Vol 2
High Note, 1977. Used
CD...$6.99
Majestic work from Woody Shaw – the second volume of a rare live performance from 1977, one that features Woody at the height of his powers, running through long and beautiful tracks with a deeply soulful feel. The style here is similar to Woody's best work of the mid 70s on the Muse label ... CD