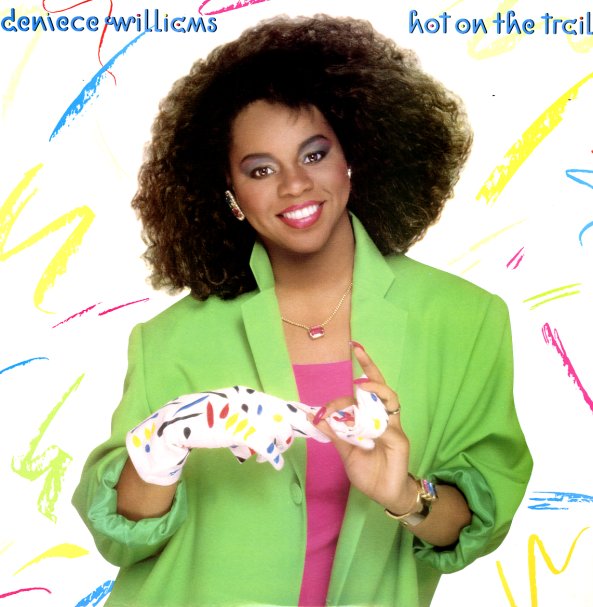 Hot On The Trail (with bonus tracks)

Deniece Williams is hot on the trail of an 80s groove here – working with lots of tight keyboards and contemporary rhythms, yet still staying true to that amazing vocal approach she first worked out in the Chicago scene of the 60s! The style is a great mix of crossover soul and deeper lines from Williams' lyrics – and given that Deniece always had a style of singing that was in a higher range than most, her approach works great for the more treble-based style of backings used here! Greg Mathieson produced and arranged – and titles include "Hot On The Trail", "He Loves Me He Loves Me Not", "Wiser & Weaker", "Straight From The Heart", and "Healing". CD features bonus tracks too – including "Wiser & Weaker (12" ext)", "Wiser & Weaker (inst)", "Never Say Never (12" ext)", and "I Confess (12" dance)".  © 1996-2021, Dusty Groove, Inc.

You Know How To Love Me (with bonus tracks)
Arista/FTG, 1979. Used
CD...$6.99 (LP...$13.99)
A classic 1979 album from Phyllis Hyman! Hyman was one of the few female singers who started in the pre-disco years and managed to move through the disco years with a good groove – but never get totally swamped by the production styles of the day. She stuck close to her roots as a jazzy ... CD