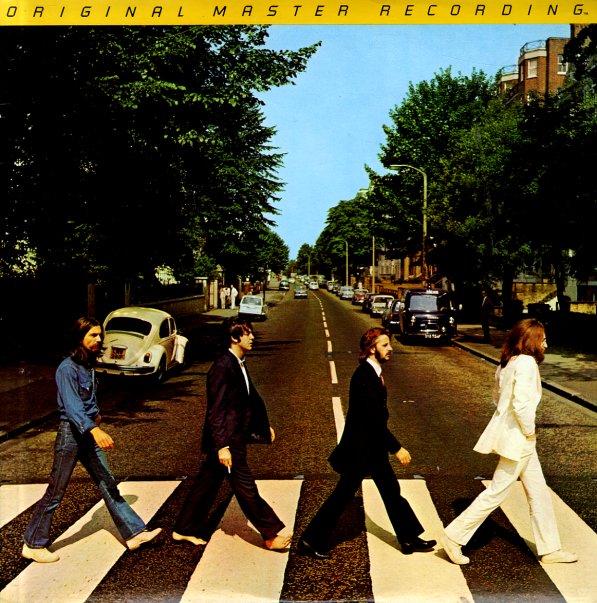 Pure brilliance from start to finish – especially the second side of the record, which has a continuous run of tunes that's very unique – and still completely sublime all these many years later! The album shows the fracturing ideas of the group, but crafted together with a unity you won't find on The White Album or Let It Be – still a way of making it all gel together beautifully, as the fab four stretch their wings to find new ways of being. Added instrumentation is used wonderfully – never overdone, but with orchestral passages that can really hammer home the best musical moments – and titles include "I Want You", "Because", "You Never Give Me Your Money", "Golden Slumbers", "The End", "Her Majesty", "Polythene Pam", and "Sun King".  © 1996-2021, Dusty Groove, Inc.
(Original 80s issue, still in the outer sleeve with Super High Fidelity and Brand New Experience stickers.)

Beatles' Story – A Narrative & Musical Biography Of Beatlemania On 2 Long Play Records
Capitol, Early 60s. Very Good+ 2LP Gatefold
LP...$11.99
A very cool artifact from the glory days of The Beatles – a set that features interviews with the group, words from their fans, and tracks from their records – all combined in a great mix of music and voice! LP, Vinyl record album

Anthology 1 (3LP set)
Apple (UK), Late 50s/Early 60s. Near Mint- 3LP Gatefold
LP...$99.99
A crucial collection that came out in the 90s, to reveal some great overlooked snippets from the early years of The Beatles! Includes the previously-unreleased "Free As A Bird" – plus 57 more tracks from the early years, including some unusual demos, alternates, and even some ... LP, Vinyl record album

Beatles – The White Album
Apple, 1968. Very Good+ 2LP Gatefold
LP...$99.99
The Beatles at their late best – on 1968's self-titled set – now immortalized as The White Album! The White Album capped offed a period of intense creativity for the band with a double that's as freewheeling as anything they'd ever release. It's got raw rockers with wry lyricism, ... LP, Vinyl record album