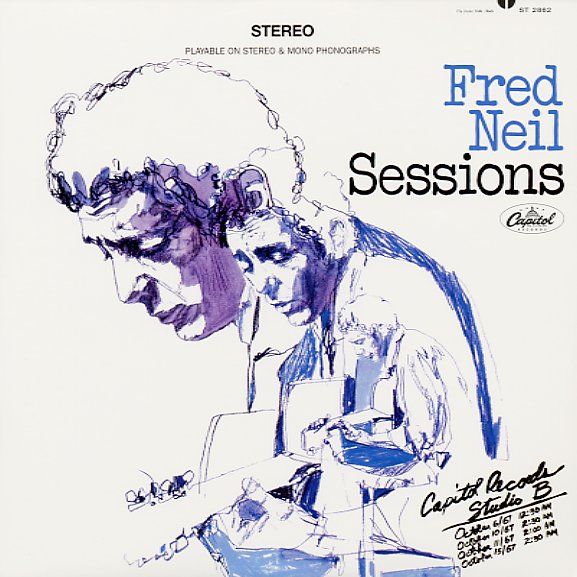 A real classic from one of our favorite artists of the 60s! Fred Neil is best known to the world as the man who wrote "Everybody's Talkin", which was used excessively in the film Midnight Cowboy (although his version in the film was sung by Nilsson) – but he's a hell of a great artist on his own, a real revolutionary that we'd rank right up there with someone like Tim Hardin or Nick Drake. This Capitol album has Fred playing in a very relaxed studio vibe – with some spare backing, and edgey playing that opens up a side of him that we've rarely heard elsewhere – all in a session that was largely improvised, and designed to recreate the feel of his legendary live shows. The tracks are fairly long, and include titles like "Felicity", "Send Me Somebody To Love", "Looks Like Rain", and "Fools Are A Long Time Coming".  © 1996-2022, Dusty Groove, Inc.