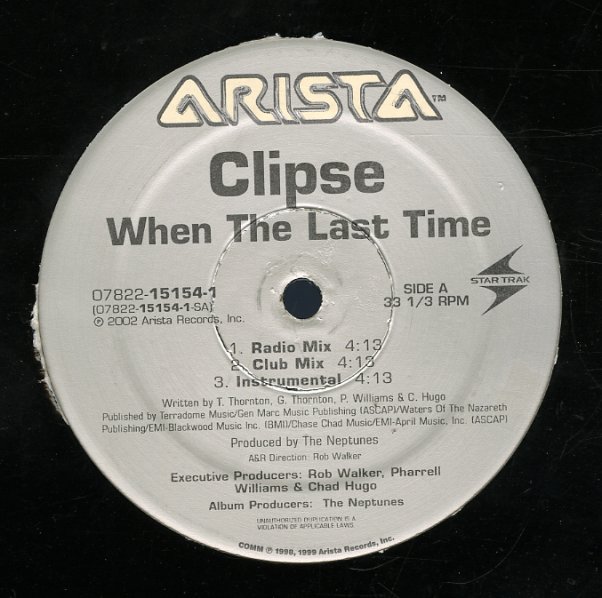 When The Last Time (radio, club, inst, acapella)/I'm Not You (club)