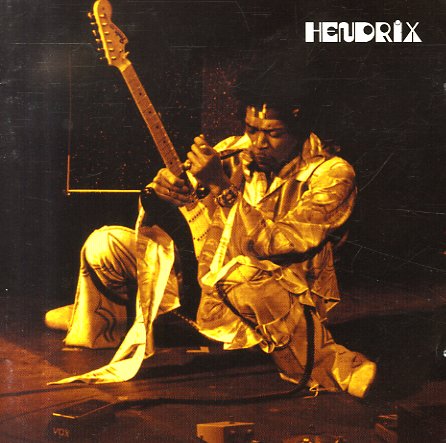 Band Of Gypsys – Live At The Fillmore East (2CD set)

An amazing album of raw power from Jimi Hendrix – recorded on New Years Eve 1969, right as the 60s became the 70s – with a stunning sound that certainly presages the hard rock decade to come! Jimi's working with his trio that features Buddy Miles on drums and Billy Cox on bass – and the tracks are long, searing, and filled with the kind of heavy-duty guitar work that made Hendrix a legend right from the start – but which here shows just how much he'd grown as a player over the space of a few short years! Titles include "Who Knows", "Machine Gun", "We Gotta Live Together", "Power To Love", "Message To Love", and "Changes".  © 1996-2022, Dusty Groove, Inc.
(Out of print.)