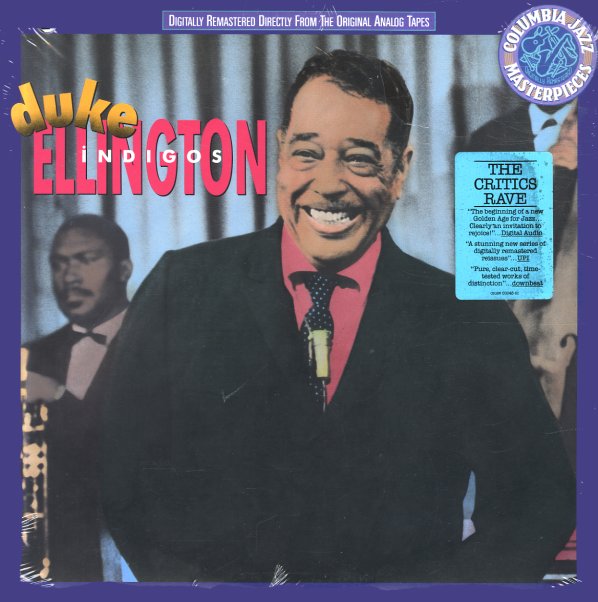 One of Duke Ellington's best albums of the 50s – a well-conceived session of dark moody tracks that revisits a few old favorites, hits a few standards, and offers a new gem that's right up there with the classics! The "indigos" title is taken very seriously here – as the album's awash in blue tones and darker hues – a bit Kenton in inspiration, but carried off with a lot more intimacy and sense of soul throughout. The group by this point is completely mature – and old bandmates like Johnny Hodges on alto, Paul Gonsalves on tenor, Jimmy Hamilton on clarinet, Cat Anderson and Ray Nance on trumpets, and Jimmy Woode on bass all fit together perfectly under Ellington's direction. Titles include Duke's great "The Sky Fell Down", plus "Mood Indigo", "Autumn Leaves", "Tenderly", "Dancing In The Dark", "Where Or When", and "Solitude".  © 1996-2021, Dusty Groove, Inc.
(80s issue, still sealed with hype sticker. Cover has a cutout hole.)