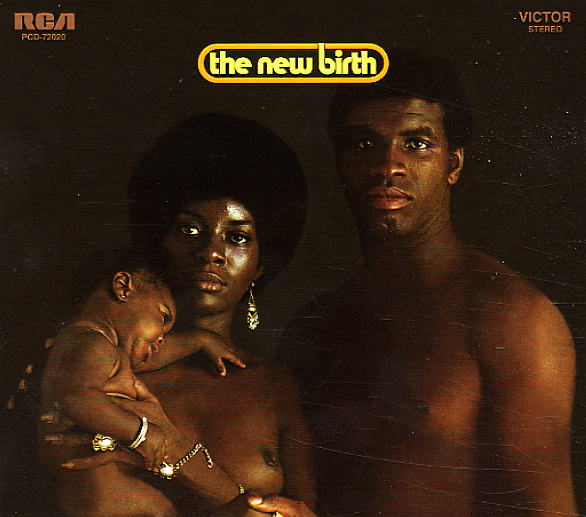 Way more than just another soul group – as The New Birth are almost big enough to be their own sort of soul music village – complete with different neighborhoods along the way! Vocals are handled by the combined groups of The Mint Juleps and Now Sound – gals and guys that soar together wonderfully with backings from The Nite-Liters – who help give the record a righteous undercurrent at most points, which makes the whole thing sound way hipper than any other projects of this nature! Vernon Bulllock acts as the music director for the whole group – really pulling things together with a tightness that's outta sight – and leadership of the project comes from Harvey Fuqua – who arranged and produced as well. There's some massively heavy talent on board for this initial outing, and you can definitely hear it all come into play beautifully – a wonderful harmony of rich talents, without any egos or issues to get in the way. Vocals chance nicely throughout – sometimes a female lead, sometimes male – as do the grooves, which are funky one minute, and mellow the next! Tracks include "All The Way", "Pretty Words Don't Mean A Thing", "One Way Bus", "It's You Or No One", "Do The Funky Chicken", "The Unh Song", and "What'll I Do". Great reissue – with excellent sound, and very detailed notes!  © 1996-2022, Dusty Groove, Inc.