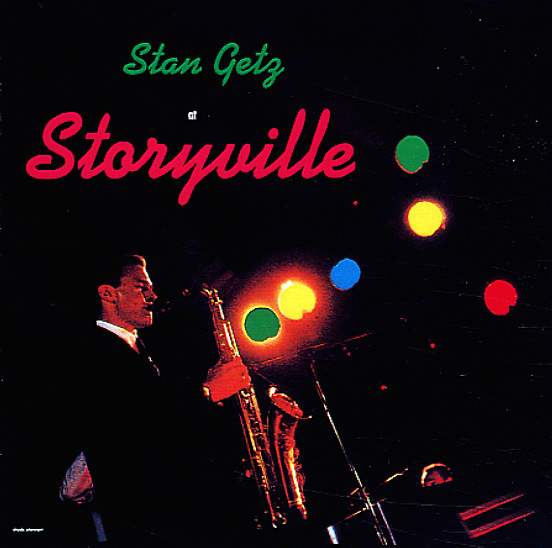 A great CD that combines volumes 1 and 2 of Stan's early live recordings at Storyville – excellent small group sessions done with a group that includes Jimmy Raney on guitar, Al Haig on piano, Teddy Kotick on bass, and Tiny Kahn on drums. The mix of guitar and tenor is great together – a sound that became one of Stan's calling cards in the early 50s – and even the live setting can't stifle the strength of his unique tone! The CD features a total of 14 cuts in all – and titles include "Budo", "Jumpin With Symphony Sid", "Yesterdays", "Thou Swell", "Mosquito Knees", and "Parker 51".  © 1996-2022, Dusty Groove, Inc.
(Out of print, includes obi. Still sealed.)