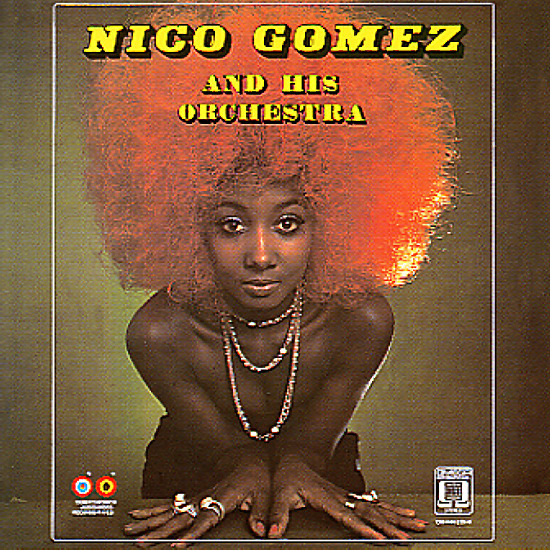 A rare set of Latin grooves from the enigmatic Nico Gomez! Unlike some of Nico's other albums, which are a bit more bossa or funk oriented, this one's got a harder, heavier, straight Latin approach – Spanish vocals on most cuts, and a heavily percussive sound that has horns blasting over percussion, riffing in a series of cha cha and mambo grooves, sort of a 60s update on the 50s sounds of Tito Puento and Perez Prado's work for RCA. Titles include "Mambo No 5", "Tumbalado", "Corazon Enamorado", "Batucada", "Un Chivirico Mas", "Chocolate", and "Quien Sera".  © 1996-2021, Dusty Groove, Inc.
(Out of print, includes obi!)