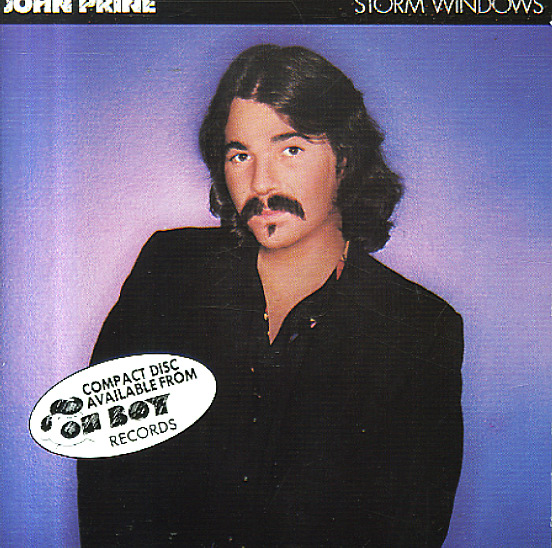 John Prine takes a trip down to Muscle Shoals for this classic album on Asylum – a set that mixes the best of his singer/songwriter spirit with just the right touch of Alabama soul! The blend is a nice one – as producer Barry Beckett still lets Prine do all the things he does so well – while maybe finding a new sort of vibe for the coming decade, yet without ever sounding commercial or like he's trying for a hit. Most of the tunes are still Prine's own – as sharply-penned as ever – and tracks include "Storm Windows", "One Red Rose", "I Had A Dream", "Living In The Future", "It's Happening To You", "Shop Talk", and "Sleepy Eyed Boy".  © 1996-2021, Dusty Groove, Inc.
(Out of print.)

Stardust (remastered edition)
Columbia/Legacy, 1978. Used
CD...$3.99
Haunting, personal and beautiful reworkings of Tin Pan Alley tunes by Willie Nelson – and one of his most loved records – produced to loose perfection by the great Booker T. Jones. That many of the original songs here were intended as little more than saleable product when they were ... CD

Best Of The Johnny Cash TV Show 1969 to 1971
Columbia, Late 60s/Early 70s. Used
CD...$6.99
A great set of classic live performances from The Johnny Cash Show from 1969 to 1971 – not only featuring some charming live cuts by The Man In Black himself – but playing a graceful host to a diverse lineup of guests including fellow period country stars George Jones, Tammy Wynette and ... CD