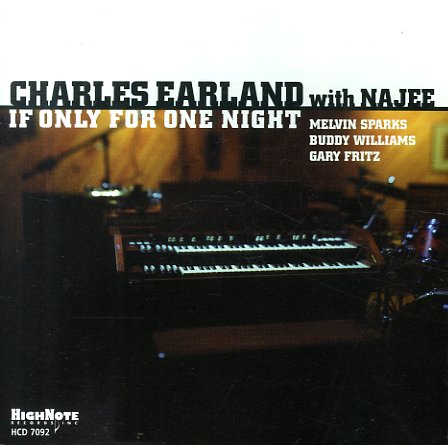 If Only For One Night

Charles Earland on Hammond B3 organ, Buddy Williams on drums, Najee on tenor and soprano saxophone and flute, Melvin Sparks on guitar, and Gary Fritz on percussion.  © 1996-2021, Dusty Groove, Inc.