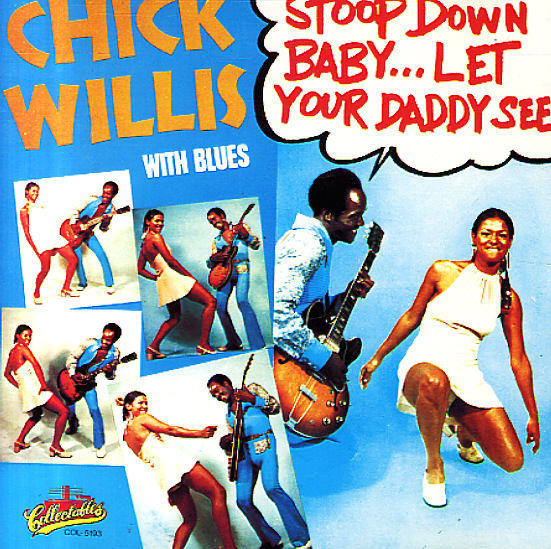 A compelling classic of raunchy blues – and a real standout in the indie scene of the 70s! The album features a very unique first side – one that's almost a party record at points, as Chick Willis runs through a live 21 minute take on the title tune – complete with some very raunchy comedy in the middle! Side two has tracks that are a bit shorter, and more standard blues, but still pretty great – and titles on the record include "Something To Remember You By", "Stoop Down Baby", "My Story", "Mother Fuyer", "Sometime Soon", and "This Is My Life". You gotta love a record that lists the artist as "the stoop down man who tells the ladies to stoop down, then plays the guitar with his tongue!"  © 1996-2021, Dusty Groove, Inc.

Spanish Harlem/Don't Play That Song
Collectables/Atlantic, Early 60s. Used
CD...$5.99
2 albums' worth of incredible work from Ben E King! Spanish Harlem is a classic – and forget that you've heard the title track a million times, because the album's a treasure all the way through – packed with beautiful tunes arranged and produced by the Lieber-Stoller tune, in that mix ... CD