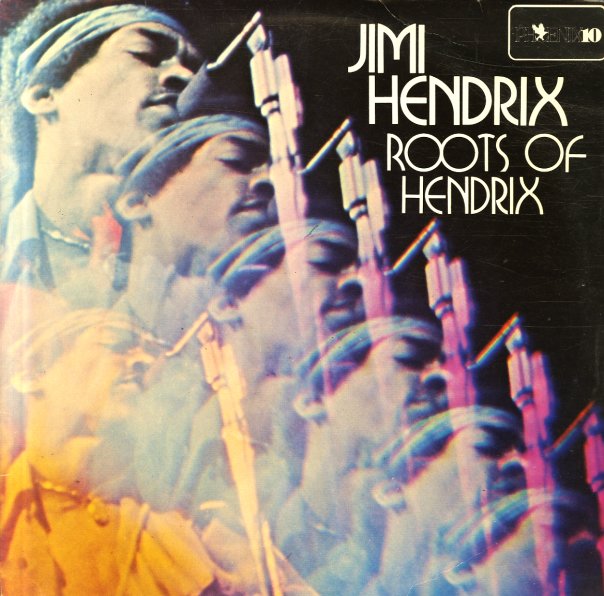 Roots Of Hendrix (aka Two Great Experiences Together)

Well, we should hate this one as another "cash in on the late Hendrix" kind of album – but it's a pretty nice bunch of funk tracks with (supposedly) Jimi's guitar chopping away in heavy hard lines, and Lonnie Youngblood blowing away on hard heavy tenor. A number of tracks have vocals – we're not sure who by, although the record wants you to think that it's Hendrix. Good funky soul cuts include "Wipe The Sweat" – in three parts – and "All I Want". Other tracks include "Psycho", "Under The Table", and "Two In One Goes". Wild production values, too!  © 1996-2022, Dusty Groove, Inc.
(Trip pressing. Cover has a small cutout hole, light ringwear, and a small sticker in back.)