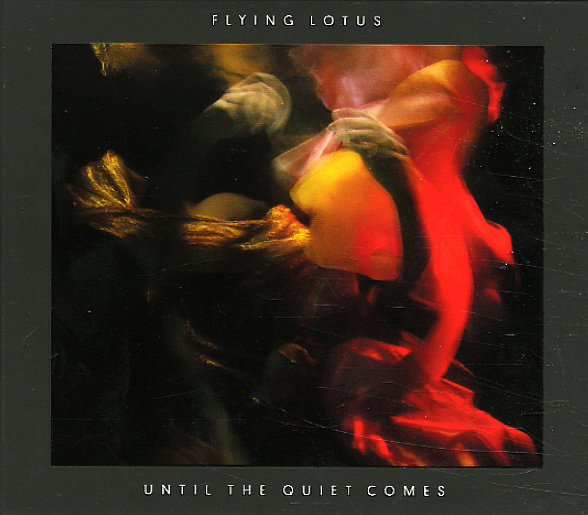 The best yet from Flying Lotus – who we keep allowing ourselves to believe has hit an insurmountable peak with each new record – but he just keeps getting better! Where the preceding Cosmogramma upped the stranger, spacier and more abstract textures, Until The Quiet Comes is a bit more inviting – and to his credit, Flying Lotus keeps things as innovative as ever, while still giving this one just a bit more immediately appealing atmosphere. There's nearly always a compelling beat, whether it's abstract boom bap or bubbly and synthy, with heavy bass and thick waves of sound floating over. An incredible roster of guests contribute, too – including string-arranger Miguel Atwood Ferguson, vocalists Erykah Badu, Laura Darlington and Radiohead's Thom Yorke, keyboardist Dorian Concept, and others – but there's little doubt that this is purely the Flying Lotus show. Greatness! Titles include "All In", "Sultan's Request", "See Thru To U" with Erykah Badu, "DMT Song" with Thundercat, "The Nightcaller", "Only If You Wanna", "Electric Candyman" with Thom Yorke, "Hunger" with Niki Randa, "Phantasm" with Laura Darlington, "Dream To Me" and more.  © 1996-2022, Dusty Groove, Inc.
(Includes code for album download.)