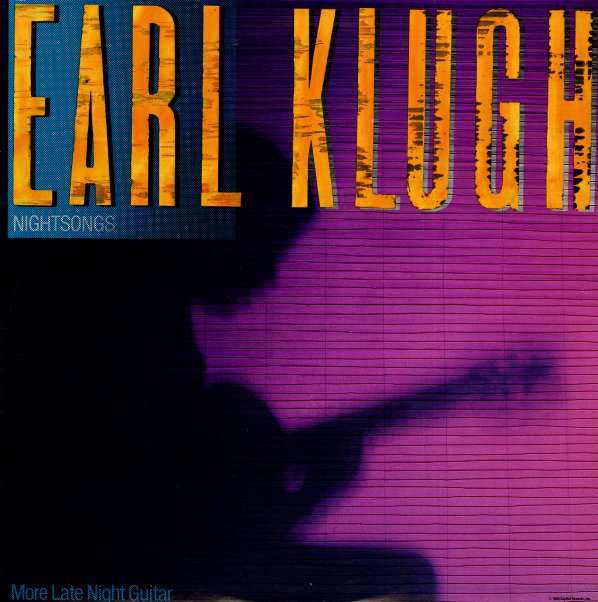 Earl Klugh's guitar gets plenty of rich colors to work with here – some deeper backdrops from arrangers Don Sebesky and Dave Matthews – each of whom bring a different mood to the set! Sebesky's got those lush, full charts that we love so much from his classic orchestral charts of the 60s and 70s – while Matthews is a bit tighter and more swinging, but still farther from his funky work of the 70s than you might expect. Klugh's guitar hits loads of those classic colorful tones throughout – and titles include "Theme From The Pawnbroker", "The Look Of Love", "Nature Boy", "A Certain Smile", "The Shadow Of Your Smile", and "Stay Gold".  © 1996-2022, Dusty Groove, Inc.

Finger Paintings (Original Master Recording)
Mobile Fidelity/Blue Note, 1977. Very Good+
LP...$16.99
A real breakout album for Earl Klugh – the kind of record that got him on the a-list of fusion players for the rest of the 70s! The title here is especially well-chosen – as the tunes have a gently colorful feel that's never too slick, despite the tighter setting of the album – ... LP, Vinyl record album

Late Night Guitar
Blue Note, 1980. Near Mint-
LP...$7.99
A beautiful set from guitarist Earl Klugh – and one that really lives up to its title – a record that matches Earl's wonderful work on guitar with some sublime orchestral charts from Dave Matthews! The approach is definitely different than some of Klugh's previous work, and makes the ... LP, Vinyl record album

Heart String
Liberty, 1978. Very Good+
LP...$3.99
Earl Klugh's definitely got his heart on his strings here – working in this warm, mellow mode that's mighty nice – set to gentle orchestrations by Dave Matthews, which work perfect for Klugh's groove! There's nothing too over the top here, and Earl mixes acoustic and electric in a ... LP, Vinyl record album

Finger Paintings
Blue Note, 1977. Near Mint-
LP...$9.99
A real breakout album for Earl Klugh – the kind of record that got him on the a-list of fusion players for the rest of the 70s! The title here is especially well-chosen – as the tunes have a gently colorful feel that's never too slick, despite the tighter setting of the album – ... LP, Vinyl record album

Living Inside Your Love
Blue Note, 1977. Near Mint-
LP...$7.99
Earl Klugh's second album for Blue Note – and like the first, a nicely stripped-down album that we like a lot better than his later work! Klugh's sound and tone are still very pure here – set up in some nice small group arrangements by Dave Grusin, and recorded in a way that brings out ... LP, Vinyl record album