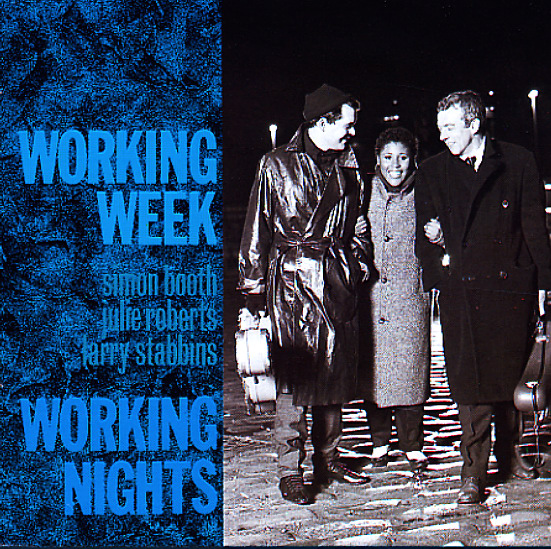 One of the greatest soul groups from the UK in the 80s – a real bright spot in the years before Soul II Soul and the rise of acid jazz – and a set we'd rank right up there with Sade's best work of the time! Working Week have a very jazzy sound at their core – acoustic rhythms, and a strong commitment to jazz at the core – no surprise, given that two of the group's three members were previously involved with Weekend! The third member is the lovely Juliette Roberts – easily one of the best Brit soul singers of the time – and an artist who really helps push some of the more American influences in the group's music – while still giving the whole thing a bit of a London sparkle, too. The mix is sublime, and the whole album's great – full of classic cuts that include "Autumn Boy", "No Cure No Pay", "Sweet Nothing", "Who's Fooling Who", "Thought I'd Never See You Again", and "Venceremos". Amazing reissue – with a full bonus CD, and a whopping 15 extra tracks! Working Week were early proponents of really reworking tunes for singles, especially with jazzy elements – as you'll hear on cuts that include "Veceremos (jazz dance special 12")", "Afoche", "Storm Of Light (inst)", "Bottom End", "Stella Marina (main mix)", "Inner City Blues (urbane guerilla mix)", "Who's Fooling Who (dance version)", "Venceremos (7" bossa version)", "Stella Marina (full rap)", "Pepe's Samba (live)", and "Murphy's Law (live)".  © 1996-2023, Dusty Groove, Inc.

It's Somethin – The Virgin Years (Lalah Hathaway/A Moment/bonus tracks)
Virgin (UK), Early 90s. New Copy 2CD
CD...$14.99 20.99
A pair of wonderful albums from the young Lalah Hathaway – plus bonus tracks too! First up is the self-titled Lalah Hathaway – the first album from Donny Hathaway's soulful daughter – an album that began a legacy that's lasted plenty strongly on its own – even without such ... CD