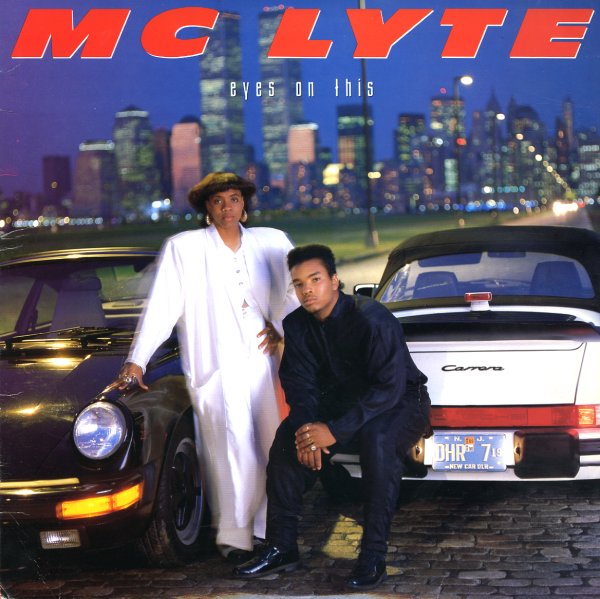 MC Lyte's second full length record – a bit overlooked in the grand scheme, if only because the preceding Lyte As A Rock was a tough act to follow – so now's a great time to catch up with it! To our ears, Eyes On This is every bit as nice as the debut, and it that last of Lyte's no nonsense late 80s east coast rap efforts – before she started inching more towards a commercial style in the early 90s. An underappreciated classic! Includes "Cappucino", "Stop, Look, Listen" featuring Audio Two, "Survival of the Fittest (rmx)", "I Am the Lyte", "Cha Cha Cha", "Not Wit' A Dealer" and another song dedicated to Shante, "Shut The Eff Up! (Hoe)". Also includes "Throwin Words At U", "Please Understand", "Rhyme Hangover", "Funky Song" and "Slave 2 The Rhythm".  © 1996-2022, Dusty Groove, Inc.