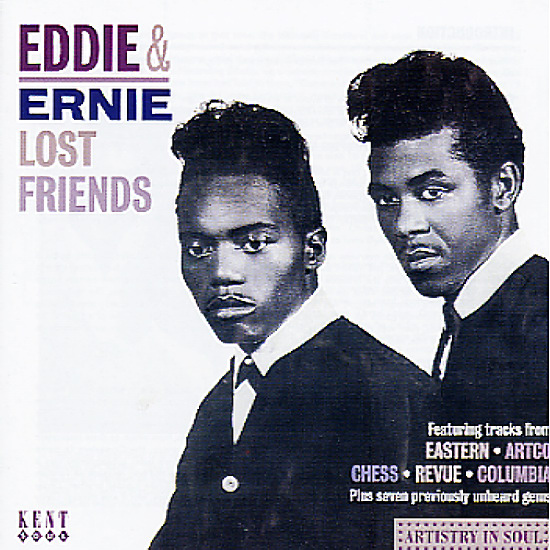 A deep soul treasure! You've probably never heard of the team of Eddie & Ernie, but they've risen to fame over the years with collectors of rare 60s soul – and have recently been immortalized on volumes of Dave Godin's Deep Soul Treasures, one of the most important soul compilation series to come out in the past decade or so! In fact, Eddie & Ernie's tracks on the set have drawn such interest over the years that Dave's finally pulled together 24 of the pair's rare tracks from the 60s – sublime soul duets recorded for labels that include Columbia, Eastern, Chess, Artco, and Revue – a brilliant blend of deep and sweet soul that makes us wonder why these guys were never bigger than they were. Think of the set as the same as finding a stash of some of the best 60s soul singles you could hope to hear, and get ready for a great discovery that will have you coming back to the CD again and again! Titles include "Why Do You Treat Me Like You Do", "You Make My Life A Sunny Day", "A Man To Love A Woman", "Lost Friends", "I'm Gonna Always Love You", "Standing At The Crossroads", "The Groove She Put Me In", "Watch Your Step", "Bullets Don't Have Eyes", "We Try Harder", and "Outcast".  © 1996-2022, Dusty Groove, Inc.