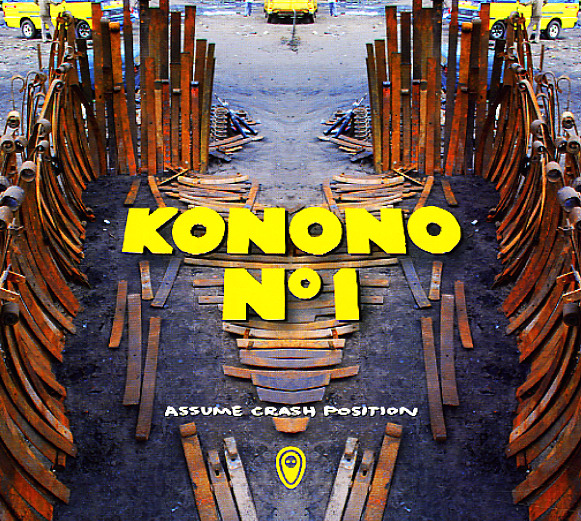 Masterful Congolese dance music from Konono No 1 – just as exciting and rhythmically amazing as their benchmark Congotronics album for Crammed of a few years earlier– with a somewhat bigger and more melodic sound this time out that doesn't sacrifice the street sound immediacy one bit! There was more of a clattering, gritty and distorted element to the production of their international breakthrough Congotronics set – and if the sound is a little cleaner this time out, it just makes the feverish energy all the more inviting! The likembe and always incredible drums and percussion are at the forefront – no fewer than five players are credited on the likembe thumb piano that's so central to the group's sound – with Mingiedi Mawangu, Augustin Makuntima Mawangu and Pauline Mbuka Nsiala contributing vocals (which are really beautiful on this album) with Makonda Mbuta on likembe, Antoine Ndombele on bass likembe, Vincent Visi on drums, Ndofusu Mbiyavanga on percussion & tam tam and Duki Makumbu on bass guitar – with guitar on a few tracks by Nzila Mabasukisa, guest vocals by Ewing Sima and addition likembe by members of the Kasai Allstars. Titles include "Wumbanzanga", "Thin Legs", "Mama Na Bana", "Makembe", "Fula Fula", "Guiyome", "Konono Wa Wa Wa" and "Nakobala Lisusu Te".  © 1996-2021, Dusty Groove, Inc.