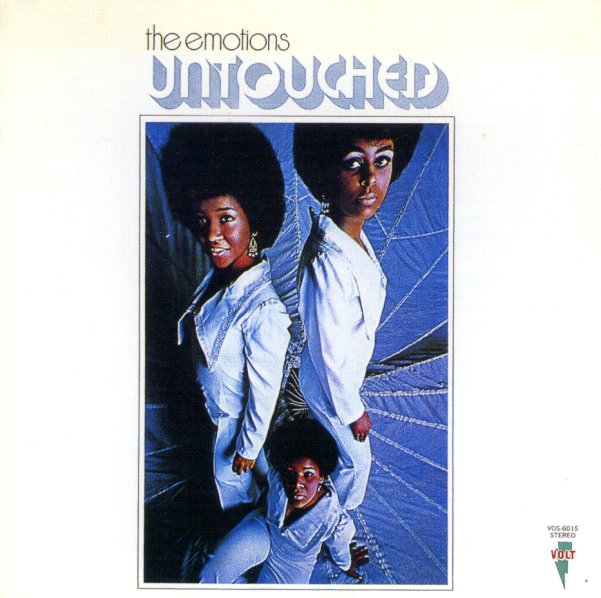 A really classic album from The Emotions – much harder and grittier than their earlier singles from Chicago, and quite different than their later sounds in the Earth Wind & Fire generation! The style here is almost funk – and definitely gets pretty close on a few cuts – thanks to sharp production from David Porter and Ronnie Williams, who dredge up some of the deeper sounds of the Stax label at the time, and match them with the trio's impeccable vocals! The record's got a down-looking vibe that really lives up to the cover image – a kind of subtle pride that really comes through in the music, and which may well make this album the greatest the girls ever cut. Titles include the stellar cut "Blind Alley" – a famous sample from years back, and a wonderful funk tune on its own – plus "Boss Love Maker", "Love Ain't Easy Onesided", "Show Me How", "Love is The Hardest Thing To Find", and "Boy I Need You".  © 1996-2022, Dusty Groove, Inc.
(Purple label second pressing. Vinyl has a mark that clicks on "Show Me How" and part of "If You Think It" – but rest is nice, and cover is good.)