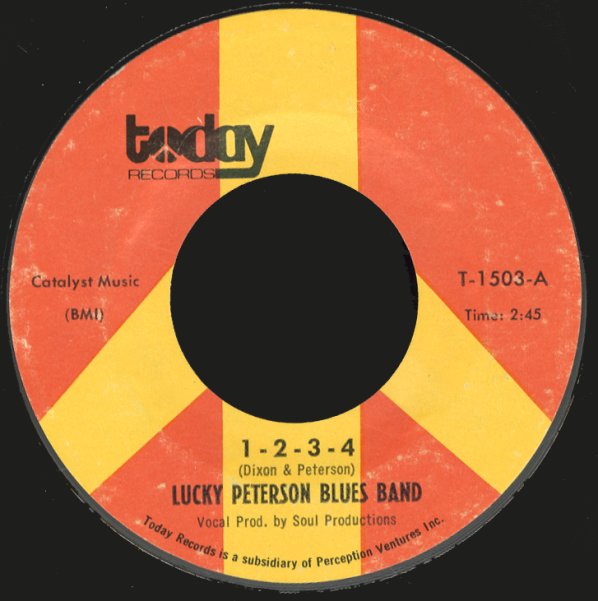 Two sides of goofy organ blues, by youngster Lucky Peterson. His singing's terrible, and his organ playing's slightly better – but give him points for being a kid, though!  © 1996-2021, Dusty Groove, Inc.
(Today pressing.)