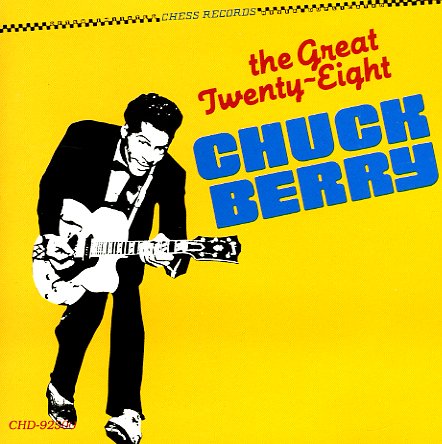 London Sessions
Chess, 1972. Very Good+ Gatefold
LP...$11.99
Chuck Berry makes the same London move as some of his other Chess Records contemporaries – and the result is one of Chuck's best albums from the later years! The set's not as star-studded as other efforts of this nature – but that's fine with us because Chuck really shines as the lead ... LP, Vinyl record album

More Chuck Berry
Chess, Early 60s. Very Good
LP...$11.99
The title's certainly straightforward and to the point – but then again, there's not a lot to say about this one except that it's pure Chuck Berry all the way through! The album may well be one of Chuck's most -hit filled, as it's overflowing with classics like "Rock & Roll ... LP, Vinyl record album

Down In The Basement
Chess, Early 60s/1988. Near Mint-
LP...$34.99
A great little collection of work from Sugarpie DeSanto – one of our favorite female soul singers from the 60s Chess Records scene! Sugarpie has a sound that's as raw as that of Etta James or Fontella Bass at Chess – but which also has an earthier, harder-grooving style that's almost ... LP, Vinyl record album

Golden Gassers Across The USA
Chess, 1950s. Good
LP...$4.99
A collection of great doo wop and early soul from Chess! Titles include "We Belong Together" by Robert & Johnny, "Book Of Love" by Montones, "So Young" by The Students, "Let The Little Girl Dance" by Billy Bland, "I'll Be Home" by the Flamingos ... LP, Vinyl record album

Billy Stewart Teaches Old Standards New Tricks
Chess, 1966. Near Mint-
LP...$13.99
This was the follow-up LP to Billy Stewart's huge single of Gershwin's "Summertime", and it's got a similar approach of "funky soul takes on American pop music standards". "Summertime" isn't on the album, but all the tracks have a sound that falls in the same mode ... LP, Vinyl record album