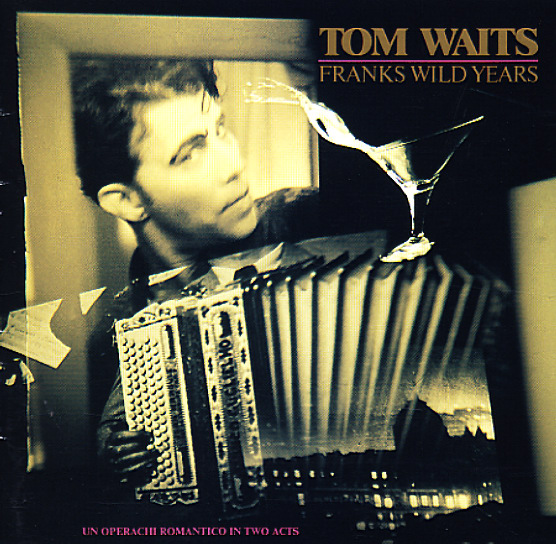 Tom Waits's follow-up to Rain Dogs – and a batch of songs that do double duty as a straight-up, stand alone record from his wild years at Island Records – and also as the musical accompaniment to a play he co-wrote with wife Kathleen Brennan! (As Chicagoans, we have a special fondness for that side of the project, since the play premiered here with the Steppenwolf Theatre Company.) It's a prime batch of Waits songcraft from this most amazing creative peak period – with the trademark gritty, howled vocals, primal drums, pre-rock horns. Titles include "More Than Rain", "Way Down In The Hole", "Straight To The Top", "Telephone Call From Istanbul", "Train Song", "Cold Cold Ground", "I'll Be Gone", "Yesterday Is Here", "Blow Wind Blow", and "Hang On St Christopher".  © 1996-2022, Dusty Groove, Inc.
(Out of print.)