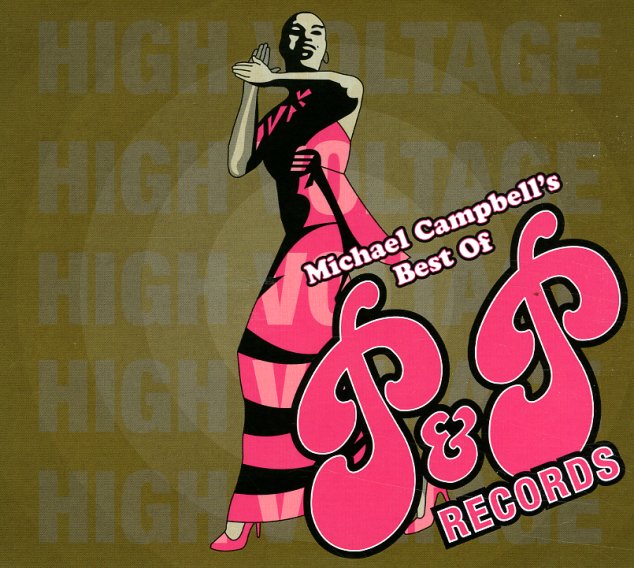 A P&P funky disco "best of" Michael Campbell – featuring standout stormers by his groups High Fidelity and High Voltage – plus a couple of Campbell's best productions for others! The heart of this tight compilation are the monster club cuts by the High. . . .groups – High Fidelity, High Voltage and Michael Campbell & High Volt – all heavily percussive jams that'll shake dance floors for as long as DJs play them – and we'd recommend forever for that! It kicks off with the 11-minute "Rock, Spank, Freak" by High Voltage and the nearly 7-minute "We Are Making Music (Part 1)" by Michael Campbell & High Volt – and includes "Life Time", "Dedicated", "Love Champ", "From Us To You", "Destiny" and "Magic Carpet" by High Fidelity. Last, but not least – instrumental versions of "Going To A Disco To-Night" by Little Scotty and "Dance To The Beat Freakout" by Wayne Ford. It's not a mix set, either – it's got 10 full length versions from P&P – and 68 minutes of club-scorching genius!  © 1996-2021, Dusty Groove, Inc.

Patrick Adams' Best Of P&P Records
P&P, Late 70s/Early 80s. New Copy
CD...$6.99 15.98
Patrick Adams picks the best of P&P Records – and the man definitely knows what he's doing – given that he was one of the "P's" in the label's name! The tunes here are heavy on those cool spaced-out grooves that Adams did so well – that wonderfully hip, and very ... CD