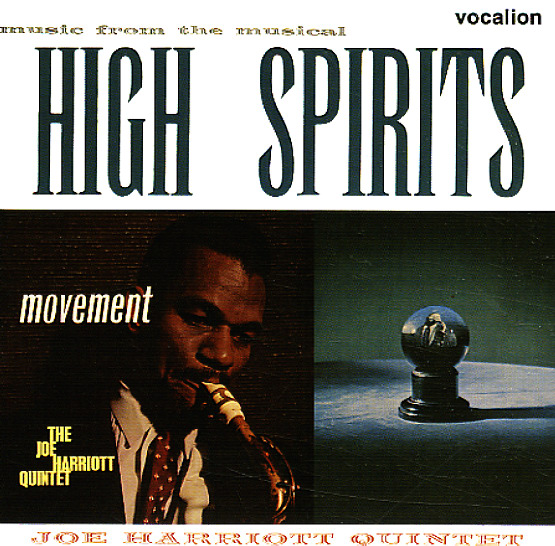 Overlooked gems from this key reedman on the Brit modern scene of the 60s – two rare albums in a single package! First up is Movement – one of the most obscure albums recorded by Joe Harriott – leading light of the British avant scene in the 60s – and one of the best, too! The album features Harriott working with a quintet that includes Shake Keane on trumpet, Pat Smythe on piano, Bobby Orr on drums, and Coleridge Goode on bass – playing in territory that's somewhat in the neighborhood of his Abstract and Free Form albums, but also a bit more inside, with more of a focus on swinging, hard-hitting jazz. The rhythms are often quite tight and soulful, and although the album's touched with lots of angular moments – both in the solos and backings – the overall sound is wonderfully grooving and tremendously captivating! The album's got that perfect blend of modern, modal, and soul that make the best Brit jazz albums from the mid 60s so wonderful – and the set list includes original tunes such as "Movement", "Spaces", "Blues On Blues", "Revival", "Beams", and "Count Twelve". High Spirits is pretty unique – a set of takes on tunes that come from a musical show, but recast strongly as soulful sides for the Harriott combo! Pianist Pat Smythe re-arranged all tracks in the set – and really gives them a new sort of energy – opening them up for lots of solo work on his own piano, plus alto from Harriott, and some beautiful trumpet lines from the great Shake Keane – a player who always sounds great next to Joe. The rest of the group features Coleridge Goode on bass and Bobby Orr on drums – and titles include "Home Sweet Heaven", "Something Tells Me", "Go Into Your Trance", "I Know Your Heart", and "Was She Prettier Than I".  © 1996-2021, Dusty Groove, Inc.