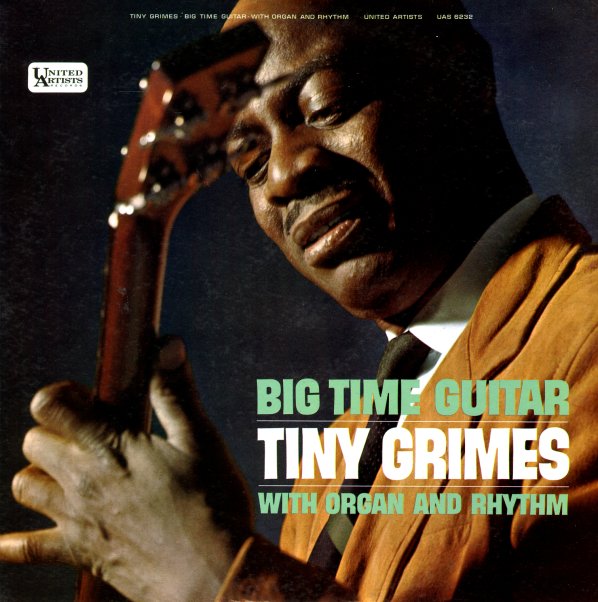 R&B guitarist Tiny Grimes recorded this LP around the time that he was doing a number of other jazz comeback LPs (most notably for Prestige). This set's a pretty stripped-down session that has Grimes' guitar mostly in the lead, with organ accompaniment by either E.S. Swanston or L.S. Williams (who we've never heard of), plus drums. The cuts are short, but they're also long enough to let Tiny wail on the guitar with his deep gutbucket sound. Tracks include "Coffee Break", "Blue Morocco", and "Work Song".  © 1996-2022, Dusty Groove, Inc.
(Back cover has light wear, and a stamp from Chicago's legendary Palm Tavern – front is great.)