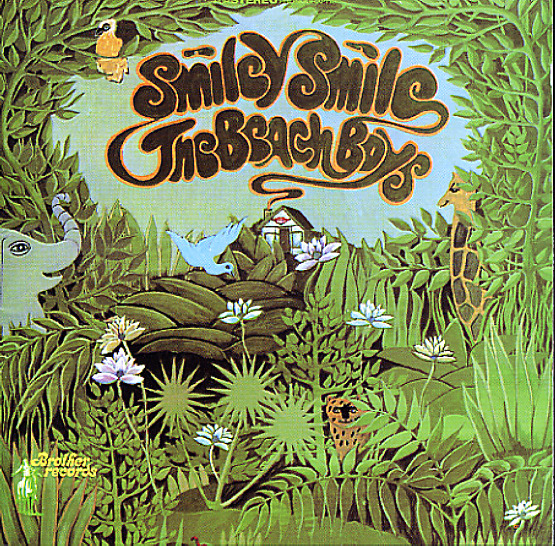 Fantastic stuff! Smiley Smile is the issued version of Smile, a classic – and even though some may gripe that it's missing the 50% extra material that was supposed to be on the Smile set, it's still utterly fantastic! Titles include "Vegetables", "Heroes & Villains", "Fall", "Little Pad", "With Me Tonight", and "Wind Chimes". Wild Honey is a great lost album, too – one that has the Beach Boys going back to more stripped-down sounds, but still staying kind of odd and eerie, on tracks like "Let The Wind Blow", "I'd Love Just Once To See You", "Country Air", "Aren't You Glad", and "Here Comes The Night". CD also features 6 bonus tracks, including alternate takes from the Smile sessions!  © 1996-2022, Dusty Groove, Inc.
(Out of print.)

Summer Days & Summer Nights
Capitol, 1965. Used
CD...$4.99
A mixed bag record, but with some really wonderful moments – and essential listening as a lead-up to the Pet Sounds album to follow! There's a mix of styles here – some rough rocking numbers that are a bit stiff, mixed with some really amazing tunes that get at Brian Wilson's new ... CD

California Girls
Capitol, 1965. Used
CD...$4.99
A repackaged version of the album Summer Days & Summer Nights – one of those stupid Capitol reissues that somehow contains less tracks than the original album! Fortunately, there's enough good stuff on here to make this one worth checking out – like some key pre-Pet Sounds gems ... CD

All Summer Long (SACD pressing)
Capitol/Analogue Productions, 1964. Used
CD...$24.99
An earlier classic from The Beach Boys – and easily one of their best records from the prime sun and surf era for the group – with rave up rockers and some sweet ballads! So much as been written about the foreboding behind-the-scenes circumstances in Beach Boys lore, even during these ... CD

Pet Sounds (mono & stereo mixes)
Capitol, 1966. Used
CD...$4.99 (CD...$4.99)
One of the greatest records of all time – and don't you forget it! Despite the countless lines of type that have been written about this record, nothing does it full justice like an all-through listen – something we're reminded of every time we put this one on the turntable, which is a ... CD