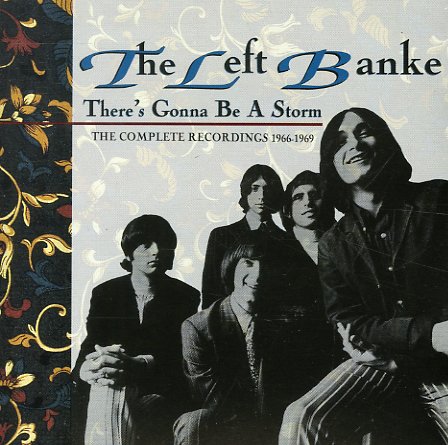 Rarely has a compilation on an artist ever been done so well! This materful set compiles all of the rare recordings made by The Left Banke for Mercury during the late 60's – and it puts all 26 tracks together with a great set of notes that details the rocky history of the group. If you don't know The Left Banke, their unique style of "baroque rock" is a wonderful mix of groovy organ, electric harpsichord, and swirling strings – all set as instrumentation for some of the tightest, grooviest little songs you'll ever hear. Nearly every track on here is a toe-tapping hummer, and even if you know their big hits like "Walk Away Renee" and "Pretty Ballerina", you'll still find lots of other goodies like "Desiree", "Ivy Ivy", "Barterers & Their Wives", and "I Haven't Got The Nerve". Great stuff, and a CD that we're never without on a road trip!  © 1996-2020, Dusty Groove, Inc.
(Out of print.)

Walk Away Renee/Pretty Ballerina
Line/Linam (Germany), 1967. Used
CD...$9.99
Incredible work by one of our favorite 60s groups of any stripe – and if you ask us, this is among the very best records of the late 60s. . . period! If you don't know The Left Banke, their unique style of "baroque rock" is a wonderful mix of swirling organ, electric harpsichord, ... CD

New York Dolls
Mercury, 1973. Used
CD...$4.99
"I need a fix – and a kiiiiiiiiiissssssss!" What can we say? Johnny Thunders, David Johansen and the boys reinvented the wheel with the of wildly hedonist glam skronk spun on this still incredible debut record. Both records they made for Mercury are incredible, but this is the ... CD