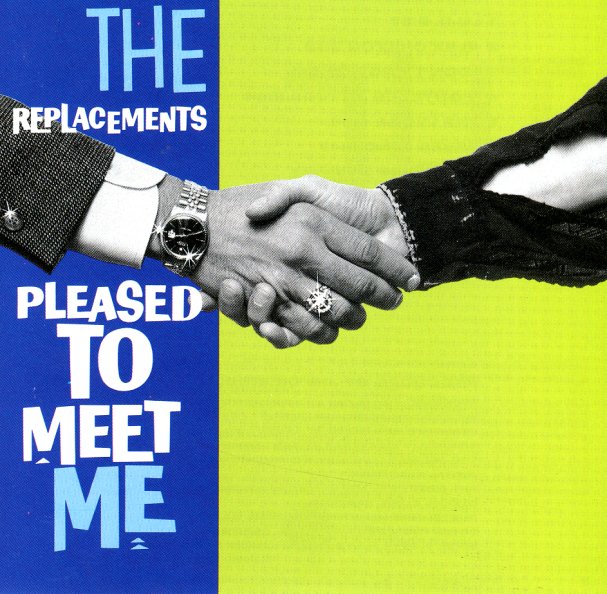 Pleased To Meet Me

One of their best! After a tumultous tour for Tim, Bob Stinson left the band and they essentially recorded Pleased To Meet Me as a trio as far as the core band goes, but went down to Memphis to record with Jim Dickinson, and too our ears, that little bit of southern swagger, as paired with The Replacements still evolving blend of classic rock and punk influences and Westerberg's angry and weary songs makes this a helluva record – there are some days it's our favorite! Includes the totally great "Alex Chilton", plus "IOU", "I Don't Know", "Nightclub Jitters", "Never Mind", "Valentine", "Shooting Dirty Pool", "Skyway", "The Ledge" and "Can't Hardly Wait".  © 1996-2022, Dusty Groove, Inc.
(Includes the printed inner sleeve. Cover has a tiny sticker on one corner and some light wear.)

Hootenanny
Twin Tone, 1983. Sealed
LP...$69.99
Ahhh . . . The young genius of The Replacements! A bit punk, a bit garage, with a heartfelt quality that you didn't always find in indie rock at the time. These rough hewn gems are already as brilliant as they can be – shiny little diamonds that show Westerberg and crew working at top form, ... LP, Vinyl record album