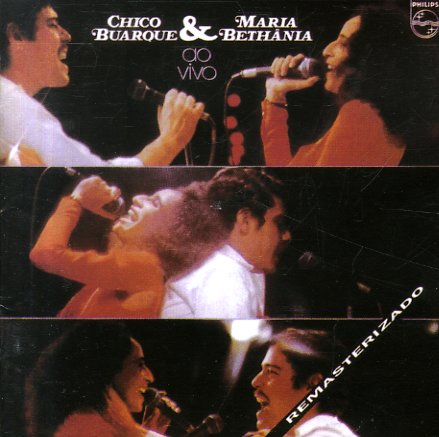 A fantastic illustration of the live music tradition on Brazil – one that really arose on records during the 60s, and blossomed strongly on 70s records like this – which feel almost more like an event than a recorded document! The concert features a magnificent meeting of Chico Buarque and Maria Bethania – both very strong talents on their own, balanced in this really great way amidst larger backings from Maestro Gaya – duetting on tunes that really turn into something special from their performance – never a challenge of egos, but instead a wonderful folding of strong ideals. Terra Trio provide the rhythms – and most numbers are Buarque originals – with titles that include "Flor Da Idade", "Vai Levando", "Bem Querer", "Noite Dos Mascarados", "Tanto Mar", "Gota D'Agua", "Com Acucar E Com Afeto", and "Sem Fantasia".  © 1996-2022, Dusty Groove, Inc.