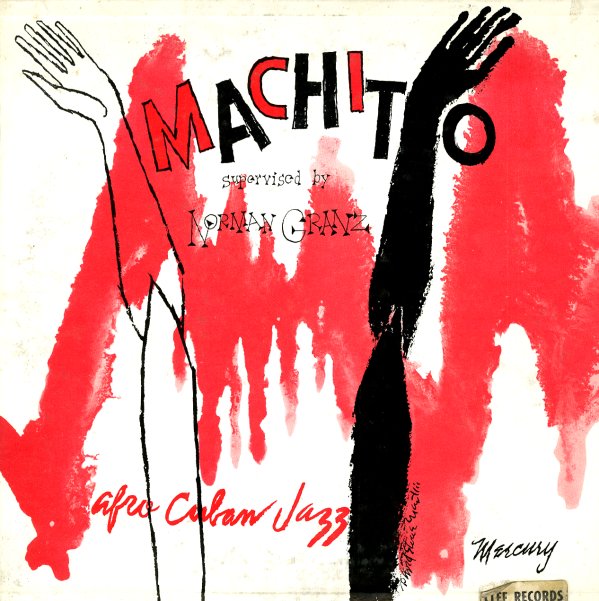 A seminal bit of Latin jazz from the early 50s – Machito's first "Afro Cuban Jazz Suite", written by Chico O'Farrill, and packaged here in the original 10" LP on Mercury, complete with the David Stone Martin cover! The set features a stunning mix of jazz and Latin playing, in a manner that was to forever shape the future of both musics – with solo work by Flip Phillips and Charlie Parker, and Latin percussion by Mario Bauza, Jose Mangual, Candido, and Machito. The writing and playing is superb, and Chico O'Farrill arranged the whole thing with an energy level matching his best early work!  © 1996-2020, Dusty Groove, Inc.
(Black label Mercury pressing with deep groove, without trumpeter logo. Cover has split seams, surface wear, and discoloration from age.)

Best Of Cugat
Mercury, 1961. Near Mint-
LP...$4.99
We're not sure that this was actually a "greatest hits" because it's hard to find these tracks turning up elsewhere but it's a nice batch of lighthearted Latin dance tracks in any case. Tracks include "Mama Inez", "Tea For Two", "Taboo", "Sway", ... LP, Vinyl record album

Latin Melodies
Mercury, Mid 50s. Very Good-
LP...$1.99
Although the big New York hotels had their share of great Latin pianists, Chicago had it's own great one during the 50s – in the person of the little-known David Le Winter, a supremely talented pianist who seems to have only cut this one album for Mercury during the 50s. Although Le Winter ... LP, Vinyl record album