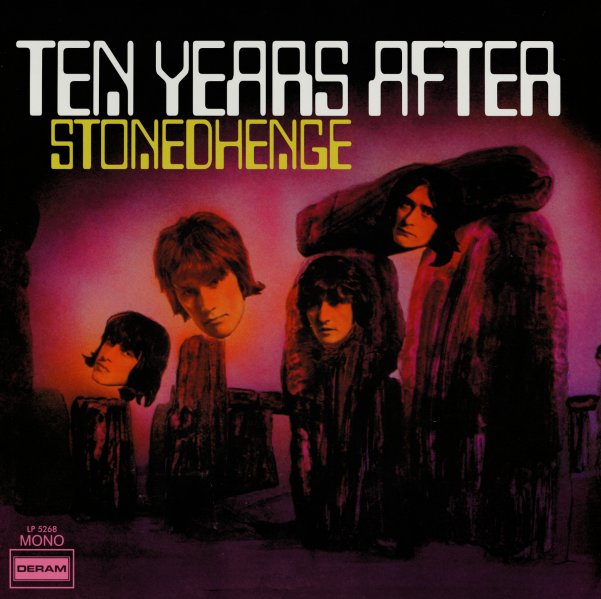 The title and cover are a great illustration of the direction that Ten Years After is taking here – a really wonderful blend of trippier influences with the sharp-edged, blues-influenced sound at their core! Even a look at the surface of the record will show you that something different is going on – as one track will be long, the other quite short, and others of varying lengths – really showcasing the variety the group's breaking out with here! Alvin Lee is completely on fire – really hitting Hendrix territory at a few points, such as the incredible "Skoobly Oobly Doobob", which features him scatting alongside a super-fast guitar part! Other titles are equally inventive – as are some of the way the sounds come across, even from familiar instruments – on titles that include "Hear Me Calling", "Going To Try", "Woman Trouble", "No Title", "Faro", "Speed Kills", and "A Sad Song".  © 1996-2021, Dusty Groove, Inc.
(US stereo pressing. Cover has some ring and edge wear.)