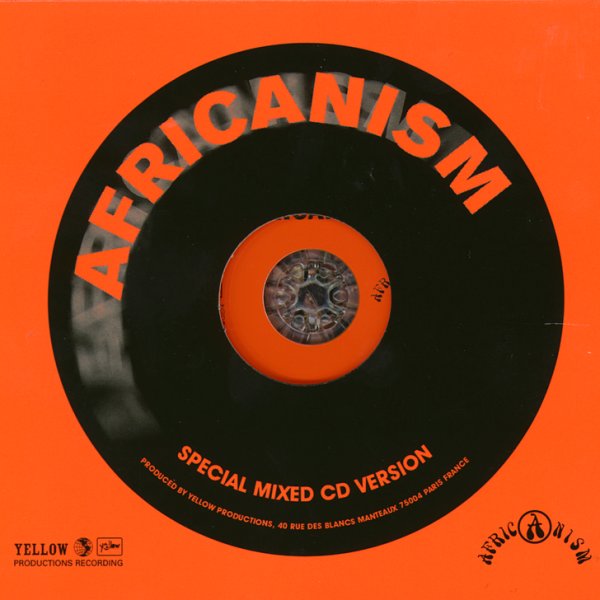 A full LP that documents one of the best series of new French tracks of the past few years – the Africanism singles set on the Yellow Productions label! If you've missed the singles as they've been coming out, now's the time to catch up – as they feature some brilliant house tunes that pay tribute to the influence of Afro-Funk on the French scene, mostly done in a modern French house mode, but with plenty of African influences running through the mix. Performers include DJ Gregory, Mighty Bop, Salome De Bahia, Condor, Liquid People, Bob Sinclar, and others – and the whole set is mixed together by Bob Sinclar, served up as a non-stop party of Africanism grooves! Titles include "Trompeta Alegre", "Zulu's", "My Beat", "Kaze T", "Love is The Answer", "Do It", "The Dragon", "Block Party", "Bisou Sucre", "Tourment D'Amour", and "Les Enfants Du Bled".  © 1996-2022, Dusty Groove, Inc.
(Out of print.)

Kankan Blues
Popular African Music (Germany), 1987. Used
CD...$14.99
Intimate recordings from some of the biggest names in modern Guinean music! The session, recorded a nightclub still undergoing construction in Kankan, Guinea is built around the fluid electric guitar of Kante Manfila – best known for his stint in Les Ambassadeurs du Motel – but the ... CD

Des Promesses
Favorite (France), 2017. Used
CD...$6.99
Fantastic sounds from Bruno "Patchworks" Hovart – served up here in his Voilaaa project, which might well be our favorite of all his many musical enterprises! The groove brings together funky club with some slight touches of 70s Afro Funk – maybe not as much as you'd guess ... CD