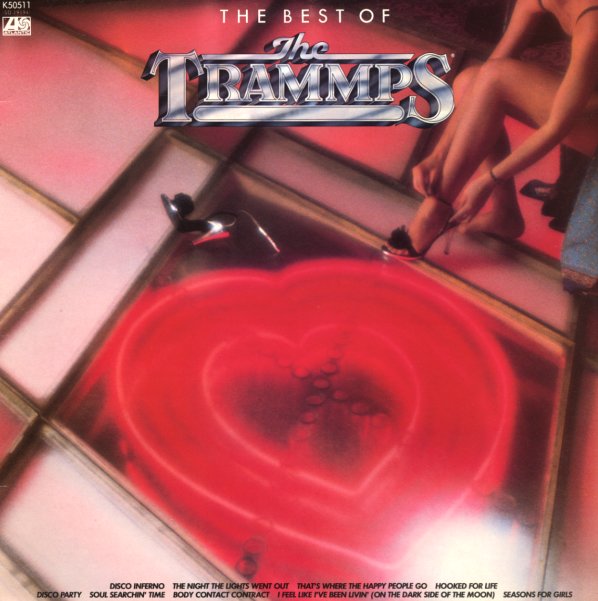 Best Of The Trammps

A sweet collection of crisp, uptempo Philly disco, from the Baker Harris Young production team, with a thumpin' Tom Moulton mix. Nine party and club groovers, with some nice ensemble harmonies over the top, a few that you've heard a million times, but if nothing else, they'll bring back memories of those great roller skating days! Includes 'Disco Inferno", "The Night The Lights Went Out", "That's Where The Happy People Go", "Hooked For Life", "Soul Searchin' Time", "I Feel Like I've Been Livin' (On The Dark Side Of The Moon" and "Seasons For Girls".  © 1996-2021, Dusty Groove, Inc.
(Cover has light wear.)