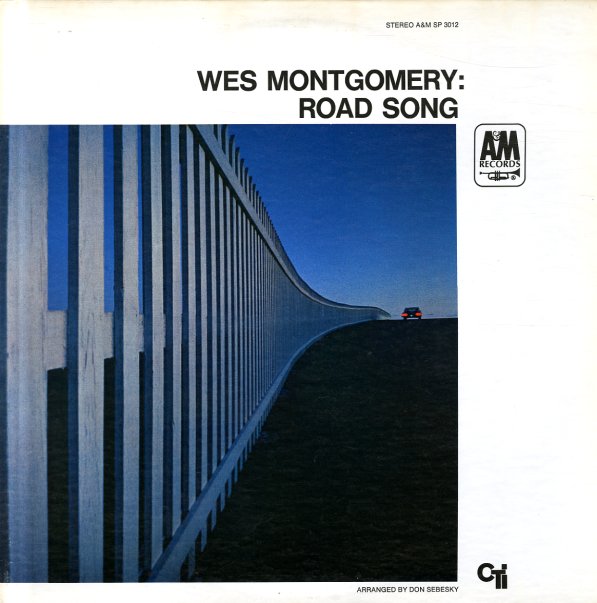 Beautifully lofty work from the great Wes Montgomery – a set that was recorded quite late in his too-short career, and really points the way towards some of the sophisticated sounds that might have followed, had Wes not left this planet all too soon! Don Sebesky is at the head of the charts this time around, and while the vibe echoes some of the other work that Montgomery did with larger backings in the period, there's also a nice current of darkness too – this intensity that can come through, even if the tune is a familiar pop number. The ensemble is filled with great players – Herbie Hancock and Hank Jones on piano, Stan Webb on flute, Grady Tate on drums, and Ray Barretto on percussion – and titles include "I'll Be Back", "Road Song", "Yesterday", "Serene", "Green Leaves Of Summer", and "Fly Me To The Moon".  © 1996-2022, Dusty Groove, Inc.
(Out of print.)

California Dreaming (with bonus track)
Verve, 1966. Used
CD...$6.99 (LP...$29.99)
A stone classic on Verve! Back in the 60s, Wes Montgomery must have been California Dreamin – because by the time of this LP, he'd come a long way from his Indiana roots – and had used the best part of the hip west coast scene to add a lot to his style – fuller rhythms and ... CD

Echoes Of Indiana Avenue
Resonance, 1957/1958. Used
CD...$11.99
A treasure trove of lost work from Wes Montgomery – very early recordings done in his native Indianapolis, and packaged with a great book of vintage photos as well! The set offers a key look at Wes' music before he moved onto greater fame out west – a great slice of sounds that are ... CD

Boss Guitar (20 bit remaster)
Riverside, 1963. Used
CD...$6.99
Early greatness from Wes Montgomery – and a session that's got a gritty edge that takes Wes back to his Indianapolis roots! The album's one of the few of the time to feature the unsung Hammond hero Mel Rhyne – a player who worked with Wes at his start, but has only gotten stronger ... CD

Willow Weep For Me (LP sleeve edition)
Verve, 1965/1968. Used
CD...$6.99
A strange little record, but a great one too – a posthumous album that took older Wes Montgomery sides and souped them up a bit after his death! The core material here is quartet recordings done in 1965 – Montgomery's guitar in a hip group with Wynton Kelly on piano, Paul Chambers on ... CD

Thad Jones/Mel Lewis Quartet (A&M)
A&M, 1977. Used
CD...$12.99
Surprisingly great quartet tracks from two cats we're normally used to hearing in a big band – Thad Jones on cornet and Mel Lewis on drums – joined by Harold Danko on piano and Rufus Reid on bass. Tracks are long, and titles include "But Not For Me", "Autumn Leaves" ... CD