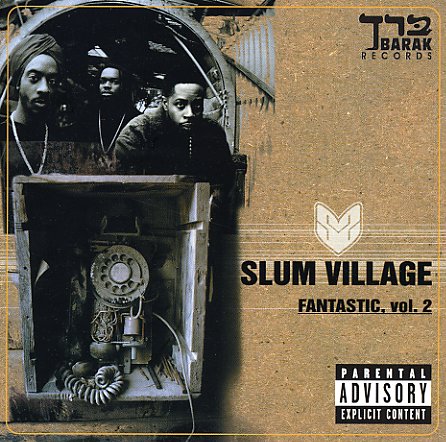 An instant classic from Slum Village – one of those records that kind of snuck out into the world, then became legendary as the years went on! Of course, with work from Jay Dee, there's no surprise that the album's got plenty of staying power – as he does a killer job here, throughout, really elevating the work of T3 and Baatin with a mix of influences from soul, deep funk, and mellowed-out jazzy touches! In addition to the core Slum crew the record features D'Angelo, Busta Rhymes, Q-Tip, Pete Rock, and Jazzy Jeff – on titles that include "Conant Gardens, "I Don't Know", "Jealously", "Fall In Love", "Get Dis Money", "Once Upon A Time", "Go Ladies", "Hold Tight", "What's It All About", and "Fourth & Back".  © 1996-2022, Dusty Groove, Inc.