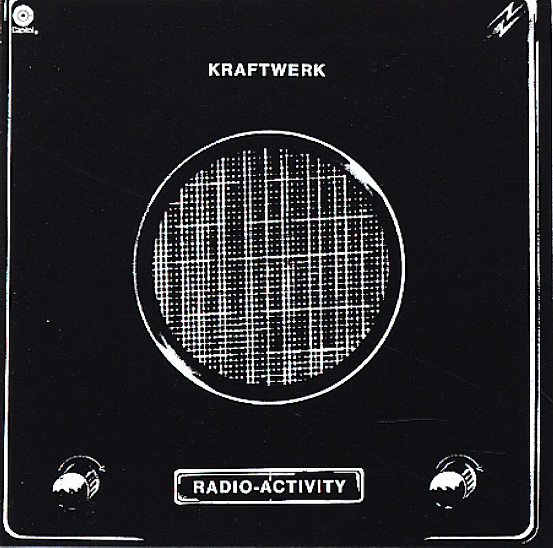 Spacey sounds from out of the ether – Kraftwerk's wonderful tribute to radio, spun out in the same spare electronics they used to give some love to the computer, too! The album's the first by the group to really work as a unified suite of tracks – building up wonderfully over the course of both sides of the record – with themes that return, and bubble through other themes – creating a sense of careful, conceptual interplay that really blows away most of their 70s contemporaries – at the same time winning them a much bigger audience in the mainstream. Titles include "Radioland", "Airwaves", "News", "The Voice Of Energy", 'Uranium", "News", and "Ohm Sweet Ohm".  © 1996-2021, Dusty Groove, Inc.
(US red label Capitol pressing. Includes the printed inner sleeve – which has some waviness. Cover has minimal wear.)