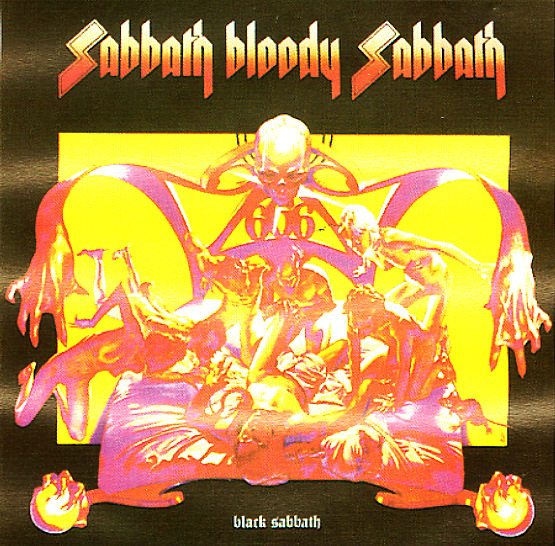 The grandest scale and most elaborately furnished Black Sabbath album to this point – but they still bring the heavy! The title track is one of the most influential metal songs ever, with the foreboding lyrics, trudging stomp of a rhythmic pace and those bridges that are almost pretty – and the most of the rest of the album is great, too – more carefully produced than the previous few without compromising the menace. Titles include "A National Acrobat", "Fluff", "Sabbra Cadabra", "Spiral Architect", "Looking For Today", and "Who Are You".  © 1996-2022, Dusty Groove, Inc.
(Sealed.)

Master Of Reality
Nems, 1970. Used
CD...$2.99
The third album by Black Sabbath – the album that put the heavy in metal – one of the most influential rock albums of all time and a record that finds Sabbath at absolute peak perfection! This is the one that set the Sabbath style in stone, honing in the the heavy riffs, thundering ... CD