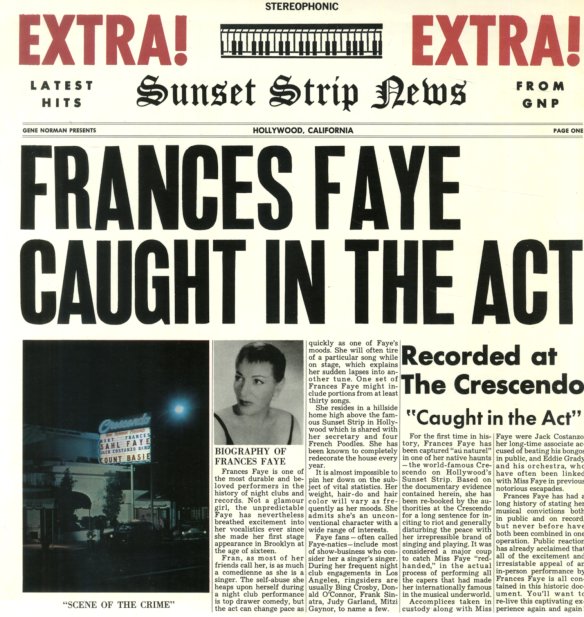 Frances Faye In Frenzy
Verve, Late 50s. Very Good
LP...$5.99
A rare set from singer Frances Faye – and a great one, too – thanks to arrangements from Russ Garcia! LP, Vinyl record album