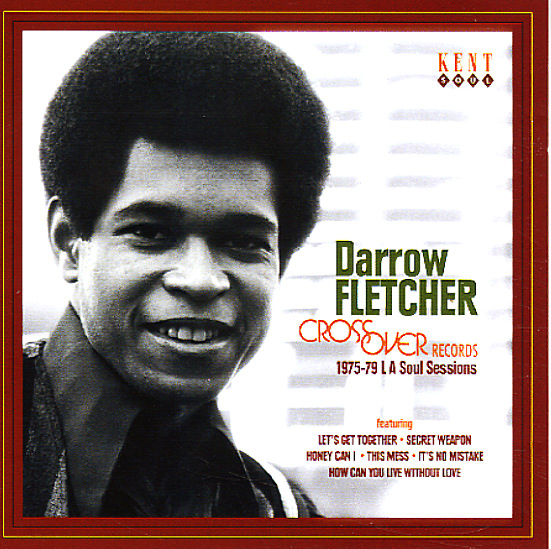 Sublime 70s work from Darrow Fletcher – a singer we mostly know for his early soul singles in Chicago – but one who really hits his stride on these rare sessions from LA! The music was mostly recorded for Ray Charles' Crossover label – although a few singles also appeared on Atlantic too – and the work has Fletcher's wonderful sweet soul vocal approach coming into play with these warmly flowing grooves that are mighty nice – almost a west coast take on the style that Leroy Hutson was doing in Chicago on Curtom! In the setting, Fletcher's even more appealing than before – a mature singer with a hell of a balance between class and soul, poise and swing – more than enough to rival his hippest contemporaries. Production on most tracks was done by Joel Webster – who also recorded for Crossover – and titles include "The Rising Cost Of Love", "Honey Can I", "Try Something New", "Secret Weapon", "Let's Get Together", "It's No Mistake", "Election Day", "Improve", and "Wind Up Toys".  © 1996-2022, Dusty Groove, Inc.