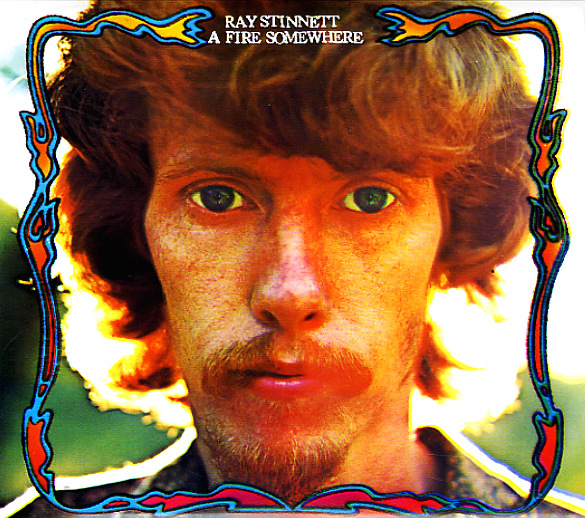 A rare early 70s record from guitarist, singer and songwriter Ray Stinnett – who was the guitar player for Sam The Sham & The Pharaohs at their wooliest and bulliest – and made this long-buried solo record for A&M in '71! Ray was born in Memphis, and after his success with Sam The Sham, he dropped out for a while in San Francisco before heading home to Memphis. A Fire Somewhere was recorded at Fame and Argent, and sure enough, it's got quite a swampy southern groove at times – but there's also some sparer acoustic numbers that carry a post-hippie vibe that he no doubt soaked up in San Francisco. It's hard to believe it's been shelved for such a long time! Includes "Salty Haze", "You Make Me-Feel", "Silky Path", "Wheel Of Time", "Stop", "Long Rivers Flow", "America", "You & I", "Honey Suckle Song", "Liberty High", "Natural High", "Love Is The Answer", "A Fire Somewhere" and "The Rain".  © 1996-2021, Dusty Groove, Inc.