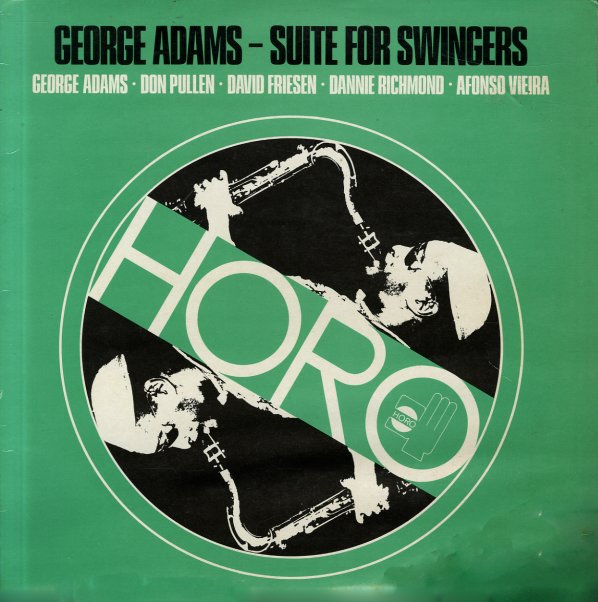 A slightly confused album, but not without some nice moments! The set is one of a few that Adams recorded for the Horo label in Italy – and it features a quintet with Don Pullen on piano and keyboards, David Friesen on bass, Dannie Richmond on drums, and Afonso Vieira on percussion. The title track is kind of a messed-up avant number that really doesn't go anywhere, and which takes up all of side one. "Blues By The River" is an unfortunate blues tune that doesn't deliver either. BUT the album is capped off by one great number – the 15 minute "Melodic Rhapsody", a really wonderful mellow tune that mixes electric piano and tenor work, in a cool but soulfully spiritual style, similar to the best later Marion Brown work on Impulse. This track is great, and totally worth the album for us!  © 1996-2020, Dusty Groove, Inc.
(Cover has some unglueing at the bottom seam, in great shape otherwise with minimal aging.)

It's All One
Horo (Italy), 1978. Very Good+ 2LP Gatefold
LP...$39.99
Mesmerizing solo work from Burton Greene – a set that features some beautiful piano material, and also some percussion and recorder too! LP, Vinyl record album

Five To Go
Horo (Italy), 1976. Near Mint-
LP...$34.99
A rare one from Pullen – a mid 70s Italian recording that's got two side-long solo piano pieces: "Five To Go" and "Four Move". The album has a warm introspective quality that's really great – Pullen meandering a bit, but in that way that always works for him, ... LP, Vinyl record album